Schedule an eye exam at our vision clinic in Broken Arrow.

We are dedicated to keeping our patients comfortable and well-informed at all times. We will explain every exam and procedure and answer all of our patients' questions. Your Broken Arrow Eye Doctor blogs regularly to help you stay informed about eye care in Broken Arrow. Additionally, we offer vision financing options through Care Credit and are in network with most insurance providers to ensure good eye health and vision care for all of our patients. 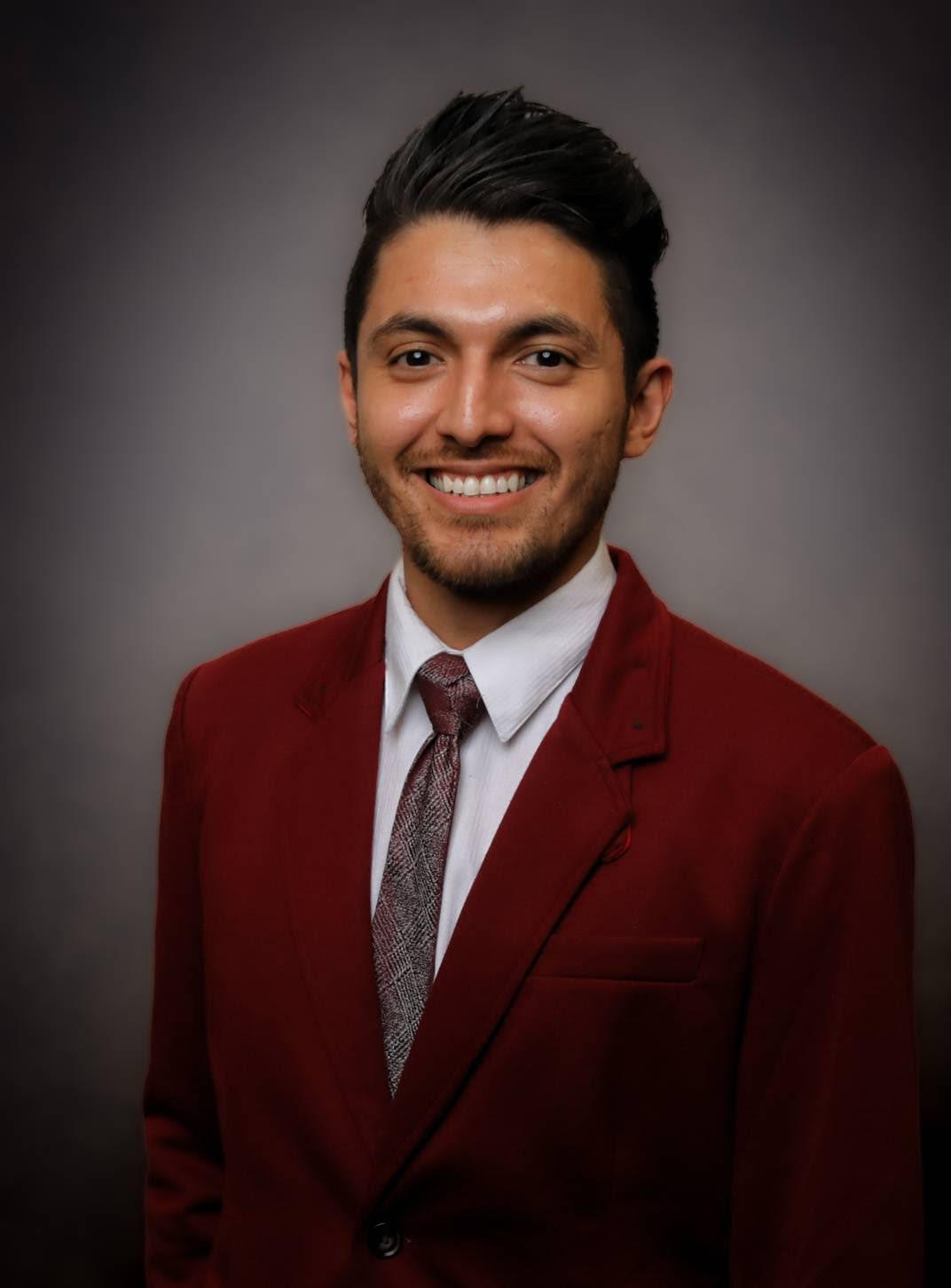 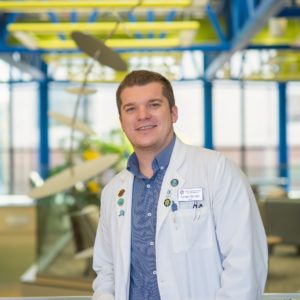 We provide various services at One Vision.

Eye Care for the Entire Area

We are not just your Broken Arrow Eye Doctor. We are taking new patients and with our convenient hours and large frame selection we see patients from all areas of Northeast Oklahoma. While Broken Arrow is where most of our patients come from we still are a prominent Coweta Eye Doctor and Tulsa Eye Doctor. Come by our office and see why people drive over an hour for the best eye care.

Eye Exams for the Whole Family

If you experience loss of vision, double vision, swelling, infection or any eye emergency, contact us immediately for guidance. We’ll help you with the best treatment to prevent complications and promote long-lasting clear eyesight.

Please call our office at: (918) 286-2020 for further instructions. Use your best judgment on urgency, if you feel you need to find the nearest emergency room. If you splashed a chemical in your eye please flush with water for at least 1 minute before calling our office. That step could save your vision. We specialize in metal removal from the eye. For more information please visit our Eye Emergency  page.

Thank you for the excellent care and attention to my eye exam. I am very impressed and happy with all the attention I received. You guys are great and very professional.

Best Eye Doctor in Tulsa or Broken Arrow! Thank you One Vision for the awesome care!!!

Very efficient and knowledgeable! And everyone was very friendly! A great experience for going to the eye doctor!!

Great vision center! Huge selection of glasses. I love my Ray Bans. Thank you One Vision

One Vision really takes care of their customers with the highest service possible in getting the glasses they need.

Very nice people. Staff were helpful the doctor was great. I had a terrific experience here

Quick and easy appointment! Staff was kind and approachable. Doctor was pleasant and professional! I will definitely keep coming back here for my eye needs!

My experience today @ One Vision was very pleasant from the moment I walked inside. Very professional and kind. 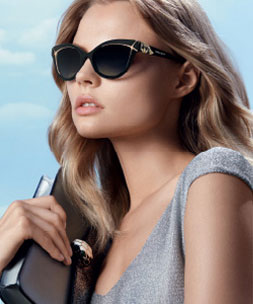 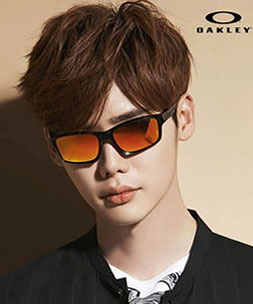 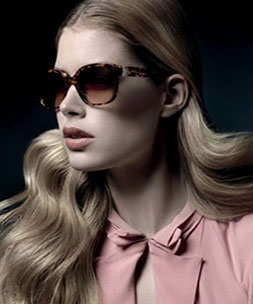 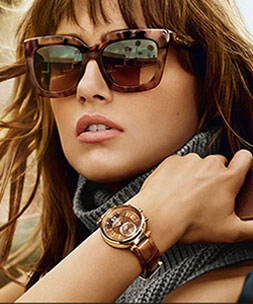 Glaucoma - Round 2: Myths/Facts & Testing With the new year here our goal is not to simply get our patients seeing 20/20, but to provide them with the knowledge and means to maintain that vision beyond 2020. With January being the month of glaucoma awareness, I’m going to take...

With the new year here our goal is not to simply get our patients seeing 20/20, but to provide them with the knowledge and means to maintain that vision beyond 2020. With January being the month of glaucoma awareness, I’m going to take this time to discuss some facts about the sight-threatening disease, as well as some of the common tests we can use to help us better diagnose and monitor it. (If you want to learn more about glaucoma, including different forms of it and risk factors, see Dr. Thirion’s post from January 28th, 2019).

The optic nerve plays a vital role in making vision possible. The nerve is made up of about one million microscopic nerve fibers. As these fibers enter the back of the eye, they form what is called the retinal nerve fiber layer (RNFL). In short, the RNFL allows communicating cells in the retina, called ganglion cells, to send visual information to the brain. Glaucoma is a disease that progressively destroys the RNFL and ganglion cells; consequently, the optic nerve is damaged. Since the optic nerve is the only bridge of communication the eye has towards the brain, damage to this pathway can lead to a gradual loss of vision.

When glaucoma is suspected, it is important to establish several baseline measurements. Depending on the individual case, the eye doctor may choose to run a number of tests to ensure proper diagnosis and/or treatment. Below is a short description of some of the more commonly used tests.

Tonometry - An estimate of the intraocular pressure. There are numerous methods to obtain this measurement. Being that IOP is the main risk factor we can significantly reduce, this is a mainstay test for any glaucoma evaluation.

Gonioscopy - Allows us to visualize whether or not the drainage system of the eye is open. This “drain” is often referred to as the trabecular meshwork and plays an important role in maintaining a balanced IOP.

Perimetry - A detailed test of peripheral vision sensitivity. This test can be very valuable in detailing the degree of vision loss.

Ophthalmoscopy - A lens is used to view the fundus (retina and optic nerve) of the eye. While it is an important test to screen for classic signs of optic nerve damage, it is not the most sensitive way to view subtle changes to the nerve or RNFL. Fundus photography if often used in addition to ophthalmoscopy, to further improve monitoring capabilities. Ganglion cells cannot be directly viewed using these methods.

Optical Coherence Tomography (OCT) - Non-invasive scan, which allows us to visualize and measure several ocular structures, including the thickness of the RNFL and ganglion cells. Since the OCT is capable of capturing microscopic changes to these structures, it is generally seen as a more reliable method of monitoring early glaucomatous thinning than more traditional methods, such as ophthalmoscopy. The OCT can also be used to measure pachymetry, and though it’s arguably not as accurate as gonioscopy, it can be used to estimate whether the trabecular meshwork is open.

Electrophysiology Testing - Similar to how an EKG can check heart function by testing it’s electrical signal, tests such as a visual evoked potential (VEP) or pattern electroretinogram (PERG) can be used to test the integrity of the RNFL or ganglion cells, respectively. Unlike other forms of glaucoma testing, which attempt to decipher how many cells have already died, electrophysiological tests can detect unhealthy cells before they’re lost. This theoretically allows for glaucoma changes to be caught at a much earlier point in the course of the disease. Since some still consider these types of tests somewhat experimental, the use of them in the clinical setting has not yet become as widespread as tests like the OCT, but it is likely they’ll become more commonplace in the future.

While there is no current cure for glaucoma, if caught soon enough, much can be done to impede disease progression. Thanks to technology and the knowledge we’ve accumulated over many years of research and practice, today’s optometrists and ophthalmologists are better equipped than ever to help tackle glaucoma and other diseases of the eye. Still, early detection is paramount, and the first step is a comprehensive eye exam.

As always, our Eye Doctors are available to help with any vision questions you have.

In today’s environment most people can, and should, at least try contacts to see if they like them. Some won’t because of the cleaning protocol or the extra effort of putting them in and taking them out, but most people can wear contact lenses.

Now when it comes to the contacts there are dozens of brands, but I am going to focus on the “big 4” brands which are Vistakon (now Johnson and Johnson Vision) that makes the Acuvue Oasys brands and the Vita lenses, Alcon that makes the Air Optix, Dailies, and Precision 1 lenses, Bausch and Lomb that makes the Ultra and Biotrue, and Coopervision that makes Biofinity lenses. All 4 of these brands are good contact lenses and don’t hear from me that they aren’t, but I want to hone in on the ones I prefer and the reasons I prefer them.

The Vita lens has been my go to lens for the last 3 years. They have UV protection built into them, price wise they were good, and people rarely had any complaints about comfort. They make the Vita lenses for people that are near sighted, far sighted, and astigmatism. However, over the last 4-6 months something has changed in the production of those lenses and I am seeing more patients coming back with comfort issues with them than I ever have. I still fit them on patients, but I am more cautious and only do so after I look at the patients cornea to verify there are no signs of contact lens related issues.

So, my new go to lenses are the Precision 1. These are single use lenses meaning at the end of the day you throw them away and start with a fresh pair. Price wise they are very reasonable, and comfort wise they are unbelievable! The downside is they don’t make them for people that need bifocal contacts or astigmatism. For those individuals I am using the Air Optix family. Price wise Air Optix is reasonable. Comfort wise they are good, not Precision 1 good but good. They do make them for people with astigmatism and people that need bifocals or progressives. When I wore contact lenses I actually wore Air Optix.

Another lens I fit regularly is the Bausch and Lomb Ultra or Biotrue contacts. These contacts typically have a good rebate for people that buy a year supply of them. Comfort wise they are good and the thing that the Ultra lens can do that the other brands can’t is they have a version that can correct both astigmatism and bifocal needs. They are comfortable and the majority of my patients have enjoyed wearing them instead of glasses after being told for years contacts aren’t an option.

Lastly, the Biofinity contacts are good contact lenses they are just really old technology. I like the newer technology for moisture retention and wet ability of the other brands, but I still have some tried and true Biofinity patients that have no intention of ever changing brands and if they are happy then I am happy. Price wise these are similar to the other brands, but again not as “new” of material or coating designs.

Hope this helps at least a little. We are always here for you eye care, eye exam, and optometrist needs. Come by anytime and ask questions. Thanks again and have a great day!